Infosys will report its December quarter results on Thursday, December 12. 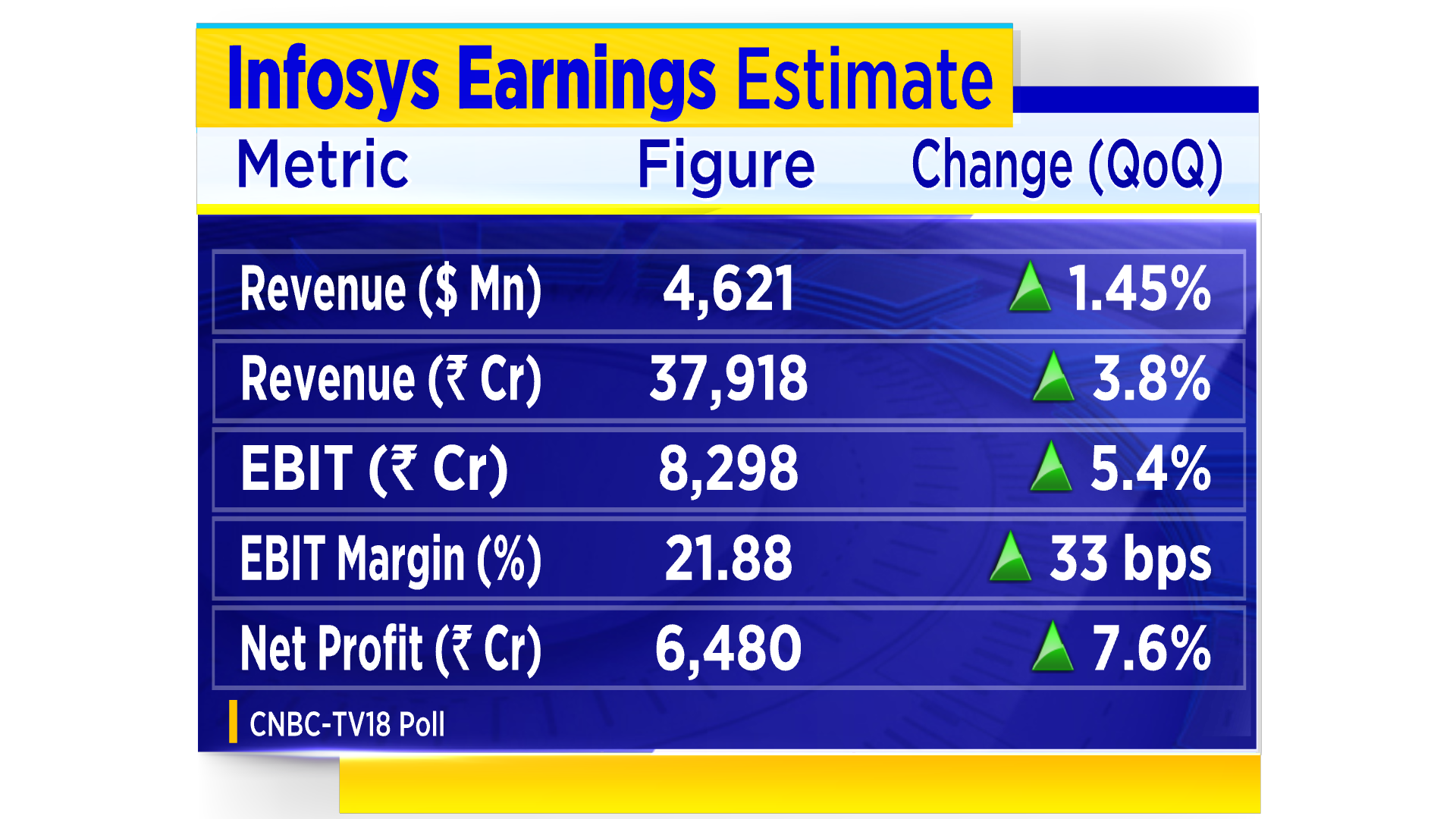 Infosys may report an expansion in EBIT margin for the second quarter in a row, led by a depreciating rupee and lower supply side challenges. What the street will be keenly awaiting from Infosys will be its guidance. While consensus does not anticipate any change to its 15-16 percent year-on-year revenue growth and 21-22 percent EBIT margin guidance for the year, Morgan Stanley expects the company to narrow the revenue band to 15.5 percent to 16 percent.

Among other key factors to watch out for would be the management's commentary on demand. The company had called out slowness in the mortgage and retail industry during the June quarter and also sounded cautious on telecom and Hitech during the September period.

In case the deal closing cycle gets elongated, there may be a possibility of Total Contract Value (TCV) could be lower on a sequential basis. For the September quarter, Infosys reported deal wins of $2.7 billion, much higher than the four-quarter average of $2.1 billion. One must also remember that Infosys reports deals which are only in excess of $50 million.

Attrition for the quarter may moderate for the second quarter in a row.

On the valuation front, Infosys currently trades at 21.5 times one-year forward earnings, which is significantly lower than the 28 times that it traded at its peak. However, the current valuation is higher than the three-year pre-Covid average of 17-18 times.

Shares of Infosys have declined 20 percent over the last 12 months.