Updated : September 11, 2019 01:10 PM IST
Two years back, Paytm founder Vijay Shekhar Sharma became the country's youngest billionaire.
Worth more than $2.6 billion (about Rs 18,460 crore), according to Forbes, Sharma made a splash in August 2018 by getting Warren Buffett's Berkshire Hathaway to invest $300 million in Paytm.

Two years back, Paytm founder Vijay Shekhar Sharma became the country's youngest billionaire. Worth more than $2.6 billion (about Rs 18,460 crore), according to Forbes, Sharma made a splash in August 2018 by getting Warren Buffett's Berkshire Hathaway to invest $300 million in Paytm.

But Sharma, often painted as the man who lives life king-size, hasn’t always been the billionaire titan he is today. He is the son of a simple school teacher from a small city in north India. And he didn’t set out to be the CEO of a mobile-payments startup Paytm that expands as Pay Through Mobile.

Sharma finished high school at 14 but had to wait a year to enter college because he was too young to take the entrance exam for Delhi Technological University. At 15, he built his first web company but sold it for $1 million after graduating. In 2001, he cofounded One97 Communications, which became the parent firm of Paytm a decade later.

The journey to launching Paytm wasn't an easy one by any stretch. Sharma had to take a loan of Rs 8 lakh to fund his startup but he had no means to repay the debt. Hence he took up some petty jobs like delivering guest lectures and setting up LAN connections in order to see that both the ends meet, Sharma said in an interview to a news website.

Today is 9/11.
I started @One97 in 2001. Post 9/11 , it was clear there won’t be any hope of VC investment in India for a young company.
I ended up raising my series A investment from @SAIFPartners and @AshLilani in 2007!
In those Six years, had many days with only one meal. 😇

Paytm, which began as a simple mobile wallet, has expanded into a platform for buying groceries, booking flights, paying home electric bills and more.

The company has raised over $2 billion to date from a range of investors and is working on going public in the next 22 to 24 months.

Excessive work and/or lack of time are never good excuses for Sharma to skip meals. A vegetarian and a Delhiite, he loves dahi-batata-puri and mixes food to create his own dishes.

According to an interview in a news magazine, Sharma’s favourite eating places are Big Chill, The Great Kabab Factory and Dakshin. 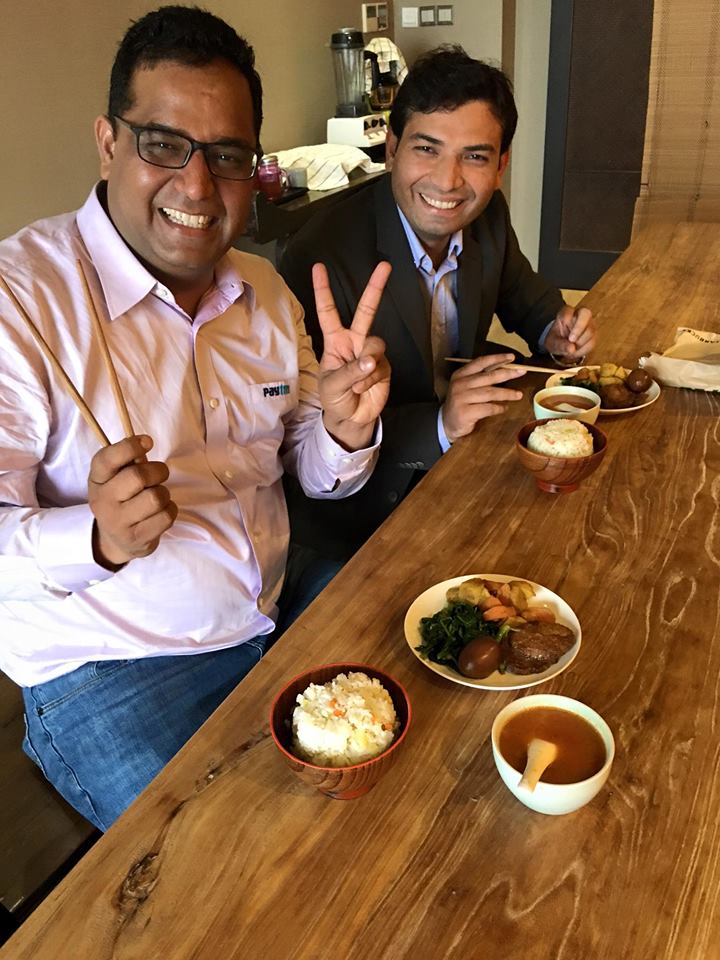 Sharma also enjoys music and loves driving. According to a newspaper interview, he once stood in New York’s Central Park for six hours watching live performances by Coldplay (one of his favourite bands), Beyoncé and Pearl Jam.

His other major love is driving but he is not crazy about cars. Sharma travels abroad extensively and uses the opportunity to get behind the wheels. He has driven in most cities he has travelled to such as Toronto, Los Angeles, San Francisco, Madrid—well, the list is endless.